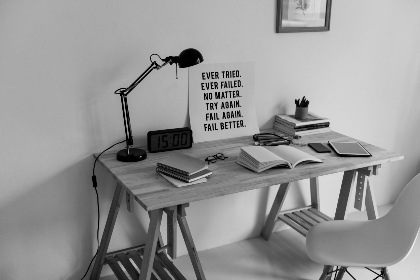 Are you someone who keeps trying and trying and never seeming to get anywhere fast?

Do you have dreams and hopes which never seem to materialise?

Do you often feel like all the hard work and effort you’ve put into things was hardly worth it?

It’s interesting how we measure ourselves against how well we feel we achieved. We often see others performing much better than us, or do they?

Isn’t that just our perception? We always revert to the default of being our own worst enemy, only seeing our flaws and our failings, focusing only on what we didn’t do rather than what we did.

We know that we avoid setting goals for the fear of failure, but if we don’t try, we don’t learn, we learn by making mistakes, and who said mistakes were a bad thing anyway!

Let’s look at the six points below and see which ones you identify with the most; which ones create the biggest obstacle or challenge for you. Having a look at why it is a sticking point for you and seeing how you might be able to overcome it.

Ever tried – Such a leading question; of course, we have all tried at things, but have we every looked at how well we did when we did try? We need to consider what worked and what didn’t and consider how we might change tactics next time

Ever failed – This can feel like such a disastrous word, to fail is to flop or be unsuccessful, but anyone who has failed loads of time can see the great learning that can come from just having a go

No matter – Who cares if we did ‘fail’ or didn’t succeed with that particular task at that particular time! So what! We have to put this into context and not see it as failure but just one step in the journey of achieving

Try again – Just what our mothers tell us to do; get back up and try again, give things another go, don’t be a defeatist, don’t quit, otherwise this just leads to regrets

Fail again – If we’ve failed before the likelihood if we try again we may fail again, it’s just a path we have to follow to reach the end where we find the right way at the right time

Fail better – This time we can look at failing as a positive learning experience valuing the information we’ve gained as learning; often when it happens for the second or subsequent times, we are better equipped in handling things to want to have another go